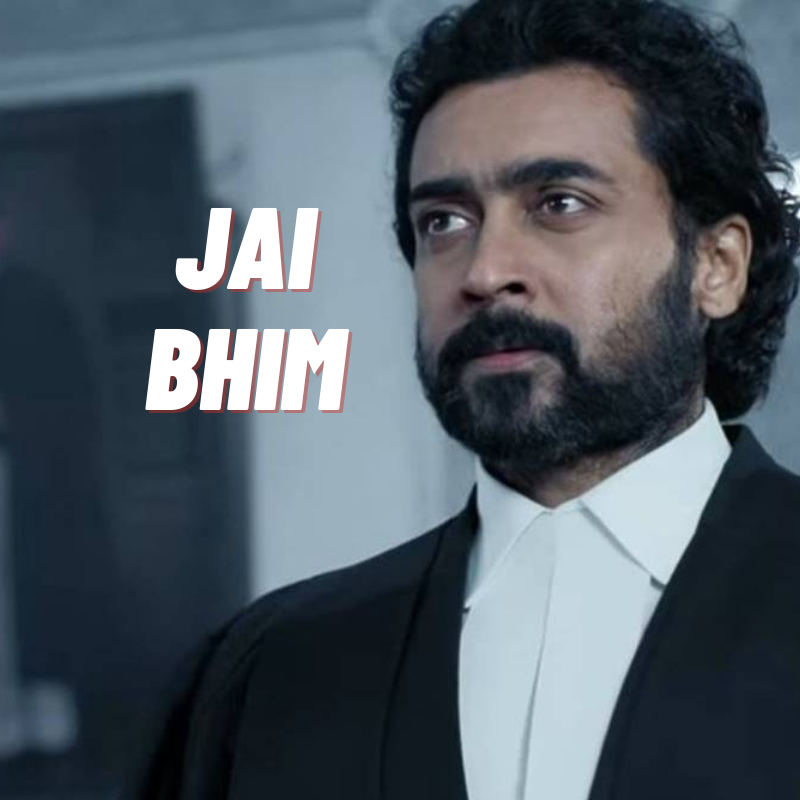 Suriya delivers his best performance as fire brand advocate. He not only performed his role based on director’s hero but also live each and gesture in the film.

This story based on the event that impact the group of people.On the OTT platform the movie Jai bhim widely watched by people especially if they are looking for some social issue.

In west uttar pradesh and many area of Bihar many cast musahar lives. The nab and eat rat is their daily routine. Similar to these the story of the file based on the South india cast.The movie Jai Bhim explain the same issue that live in the south India.

The movie looks like some agenda as name indicate but if you want to highlight some issues especially social issue than it should be welcome.

Leftist ideology lawyer that take the matter of irular cast the he appeal the same in the court .This film is based on famous Judge Justice Chandra of madras high court which he fought during his advocate days.But the reality is that this movie is story of persecution of Irular tribe.

After some time of the beginning the real story of the movie Jaibhim starts. Film starts wth life style of tribe people.How Tribal people catch the rat and damage the Crop then catching the snake that coming out from people house.

One person catch the snake that come out from people house that have charged with theft in the movie.Also police catch those innocent people in the movie and in the name of paper work police harass them badly.

At the time of realeased from the jail three people goes missing by police. Then Wife of missing person come in contact of lawyer called chandru then he extend his helping hand to that lady.

The lawyer hail as hero starts  the war against the system that even difficult for tribal to get voter id card.

The petition filed in 1995 at madras high court has attracted attention not only tamilnadu but entire country. This is the fight against inhumanity against the tribal people.The Irular community and horror faced since century with no longer collective responsibility.

After Watching jai bhim especially tamilnadu politics is disappointed about what Periyar has achived.People worshipped god but forget his principal.Though we have pinted out mistakes of other but never see ourselves.

If people see the humanity in everyone then people of irula community never suffers. Tamil nadu politic sis more influenced by Periyar and Dr Bhimrao Ambedkar’s idea about principal.

TJ Ganvel has represented the situlation in tamil nadu politices who was with Irula community and who is aginast them.

In the Tamilnadu at the time when this happened  both party in ruling and opposition have same davidial politics.But nobody dravidian attention toward them.

Just because of minor community these people are deprived from basic needs in the politics of peoel and office in that era.

Due to casteism in india sharing of power happens but it failed the real purpose.Just before this situation the mandal commission implemented people got aware about and may political party are in advocacy of it.

The adversity and misery that happens because of caste is not new.But politics and its syndicate come behind these incident.

Those who are think that Ganvel has made good message on Casteism in tamilnadu.But these are the people who are behind the casteism and promoting it in country.

The main catalyst behind the movie running well is because of super duper hit performance of suriya.As leftienst agitator to the person who keep human ideology first before his left ideology keep every one stunned.

After Suriya the film also get strong performance from other cast too.Actress Lijomool jose won national award for her role of pregnant tribal woman.Her dance move make audience amaze.Apart from this cast themanikandan and prakash raj also performed well in the film.

The hero of the file start the war against the system that not provide voter id card to this tribal people.After matter start layer by layer the system will get under watch from even police station to Director general of police.

System trying to buy this tribal people but these follower of ambedkar who also follow lenin and marx ideos not slowing down their struggle and keep fighting with the system.

Jai bhim is the political commentary of the system with social anomalies. Basically the file concentrator not only political system but also victims ,police and judiciary.

Jai bhim technical team has provided wonderful support in making the film. The Film is packed with strong performance with each and every character .Court Proceeding is look like real life as it’s good for the character for the film.

Kathir’s cinemography made film with start to finish.Before the Suriya come to the film camera like look ordinary but after the entry of suriya the film like audience eye.Rolden music keep film running with emotional aspect.

Though the file is available in Hindi on the amazon prime video but if you are waching non hindi movie with subtitle then its better to watch in tamil as it gives best movie seen experiencelike the theatre.

Hope that Jai Bhim movie is best for them who are looking for movie that is kind of law and justice.This amazing story provide how one man can challange the system and not only that but change the mind of people towards the tribal people. Provide tribal people justice that come late for it aware people about the plight in dalily lives.

In this Jai Bhim True Real Story is not only explain the detailed review of tribal people but also ascertain the problem how they face it with the system and Rich people who are not know how to treat them.

Truely Amazing movie with each and every character play the role.