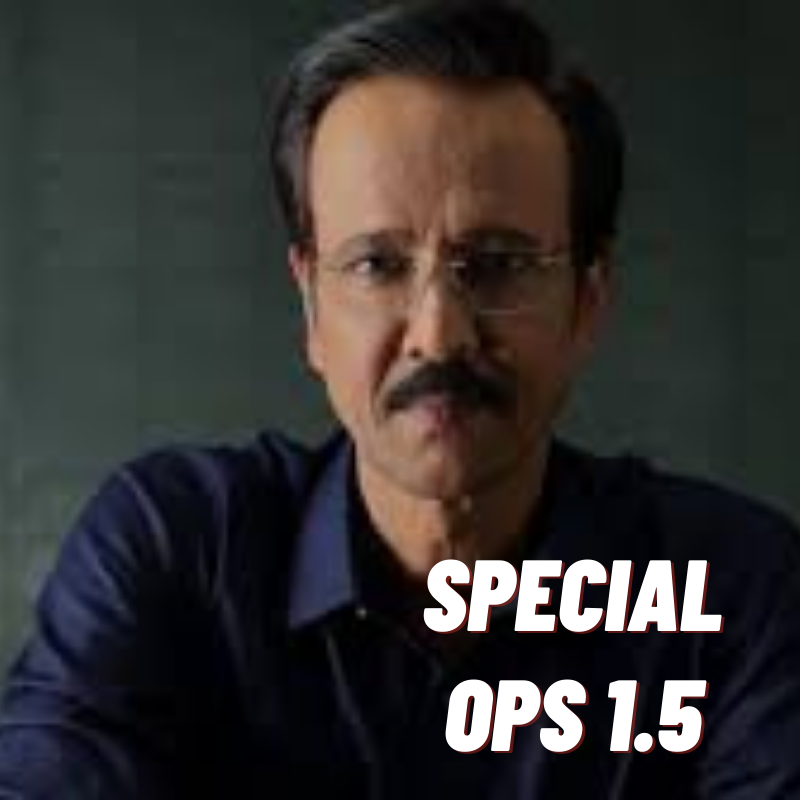 Special Ops 1.5 Review – Must Watch Webseries for Bravery of Himmat singh.Interesting Back story of RAW Officer.

Special Ops 1.5 to Season One Based on story two it went well to attract Nationalist Research and Analysis Wing (RAW) agent Himmat Singh and Muslim terrorists. The highlight of the second season is how Himmat Singh became Himmat Singh after playing so well in Season 1?

After watching the web series ‘Special Ops 1.5’, one thing is also understandable that director Neeraj Pandey is extremely worried about the man who is based on the character of Himmat Singh. The story of the series is very fulfilling when you drink like Sawan swings, but since the enemy is powerless at this point, then the story does not solve it.

Apparently the idea is strong for viewers who love the web series’ Special Ops’, this reminds us of one famous film character  ‘Gabbar Singh’ how Gabbar Singh ‘in’ Sholay ‘or how Jai and Veeru ended up being Jai and Veeru ?

Comparing it to last season is useless as comparisons are two equal things, the web series ‘Special Ops 1.5’ is a continuation of its previous season its story stuck in a series similar to its name. Can’t get inside.

I can’t get out. Observers of Indian politics, its intelligence agencies and their activities can easily predict the events that this story is going on in the course of the rest of this series.

Himmat Singh actually became Himmat Singh after cleaning his house. Also, this time the whole story is told by quoting Delhi Police Inspector Abbas Shaikh, who was with him ‘always’ as Hanuman. The female head of the opposition party. Fun for her son and female friends on the outdoor beaches. Tadka is well compiled by the authors of the web series ‘Special Ops 1.5’. However, the enemy in this matter is not an outsider.

This type of planning can happen in any government office, it is a matter of acquisition. Well, if anything, anything could happen.

Chaddha and Banerjee’s longing for this is in Himmat Singh’s heart rather than in costing. Also, this time the story is about people who have spread the business of intelligence, scattered from the CIA and RAW. Some beauties are working to bring out this wisdom.

The release of the ‘Special Ops 1.5’ web series is a collision. The account-book investigation is ongoing and two people are sitting ready to prepare Himmat Singh’s retirement plan. This is the story of a time when India, Russia, China all made similar efforts to get the same information.

The story of Himmat Singh’s previous story was a story of courage and self-sacrifice, this time a personal one. He also has a girlfriend. There is a friend whose wife is about to have a baby. And it is Abbas Sheikh, suspended for supporting Himmat Singh in the parliamentary explosion investigation. Himmat Singh has a black box for everyone.

He reads his black letter to the JCP Delhi Police. Abbas returns from work. How Himmat Singh became Himmat Singh, tell this to RAW auditors. Trying to escape in all ten directions, the story deviates from its goal.

Himmat Singh, who fights against insurgents hidden in the house, has also been successful in his mission. But, there is no such feeling in this that after finishing the web series ‘Special Ops’, to see the beauty of desi webseries.

The most notable work of the series has been Faizan’s work, which has done all the episodes of the series without showing his face. Mukhammed is a man who can look and do his job with great honesty in this series.

The work of Kay Kay Menon has always been commendable, no matter what the ending of the series or the film is. He is a 100% perfect artist in his work. The main attraction of watching the ‘Special Ops 1.5’ web series remains the same. It’s a different story that her face made them new with special effects and her curly hair is always knocking on the eyes.

This season too Vinay Pathak has done a heartwarming job. Such a character of an honest, devoted police officer and an expert in coding is rare in Hindi cinema or web sermons.

Adil Khan (RJ Nassar) and Aishwarya Sushmita both got good work from the other cast of the ‘Special Ops 1.5’ web series. The problem with Adil Khan is that his height ,facial features do not help him to get acquainted with such characters.

At the same time, Aishwarya Sushmita should work hard in her speech. And not only that, almost all of the characters featured in Honey Trap stories keep their faces flat. Where to start stories of embarrassing talented people with the help of girls, this series also shows it well.

After watching four episodes that lasted about three hours together. it seems like nothing, so because here again we start to remember the characters of last season like Karan Tacker, Sana Khan, Meher Vij, Saiyami Kher and Sajjad Delafrooz, who played their final games. season.